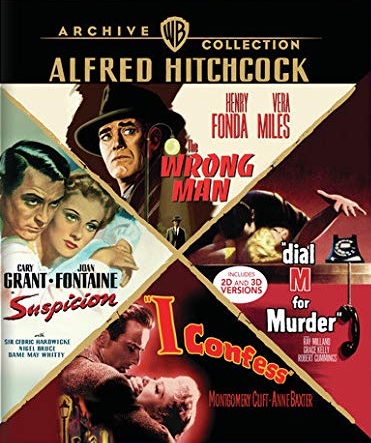 Alfred Hitchcock’s Suspicion (1941), I Confess (1953), Dial ‘M’ For Murder (1954), and The Wrong Man (1957) are receiving a repackaging from Warner Archives. Some will prefer to own the individual releases (which seem to still be available at this time), but one assumes that this new release will likely replace those earlier editions since it is cheaper for the studio to produce. Each disc is identical to those included in those earlier editions.

Interested parties can read more detailed information about each of the discs included in this set by clicking on the individual links below: