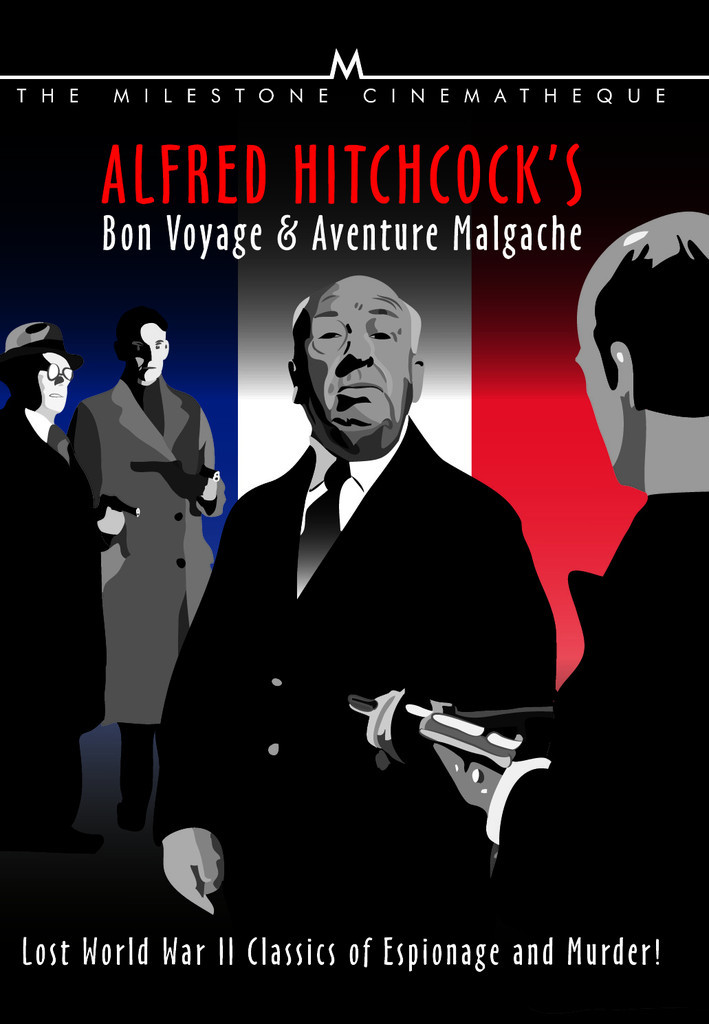 Notes: These shorts are not currently released on Blu-ray in North America. They are currently only available on DVD and this disc is the only release currently in print.

“I felt the need to make a little contribution to the war effort, and I was both overweight and overage for military service. I knew that if I did nothing, I’d regret it for the rest of my life. It was important for me to do something and also to get right into the atmosphere of war… but it wasn’t too easy to get to England in those days. I flew over in a bomber, sitting on the floor, and when we got halfway across the Atlantic, the plane had to turn back. I took another one two days later. In London, my friend Sidney Bernstein was the head of the film section of the British Ministry of information. It was at his request that I undertook two small films that were tributes to the work of the French Resistance.” —Alfred Hitchcock

In 1940, Hitchcock’s former boss, Michael Balcon, had criticized his former employee in the press. Without naming names, he made his point clear by describing a “plump young junior technician in my studios whom I promoted from department to department. Today, he is one of our most famous directors and he is in Hollywood, while we who are left behind short-handed are trying to harness the films to our great national effort.”

The criticism hurt Hitchcock, who had left the country before the London bombings in order to work for Selznick. He responded in the press, claiming that “Balcon’s view is colored by his own personal experiences with Hollywood… He’s a permanent Donald Duck… The British government has only to call upon me for my services.”

In 1943, the British government took him up on this offer. Selznick was a bit reluctant to allow his meal ticket to leave for England, but the producer eventually allowed the director to leave under the condition that he would work on the scenario for their next collaboration (which was based on Francis Beeding’s novel, “The House of Doctor Edwardes”). 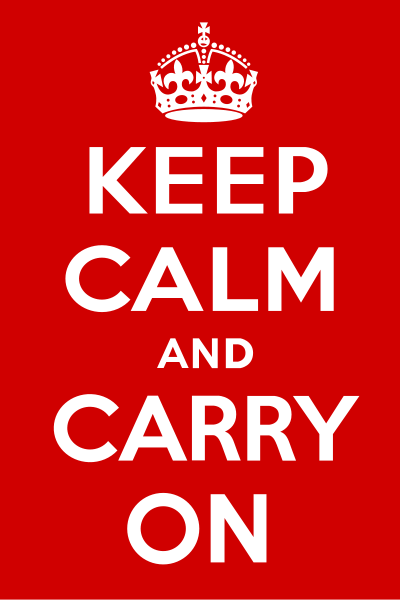 Hitchcock’s shorts were to be the cinematic equivalent of these posters and the director seemed more than pleased to make them.

After his extremely uncomfortable voyage to his home country, Hitchcock was able to begin work on the shorts.

“…the idea was to show them in parts of France where the Germans were losing ground in order to help the French people appreciate the role of the Resistance.” —Alfred Hitchcock

The details of the scenarios were worked out by Hitchcock and his long-time associate, Angus McPhail in Hitchcock’s suite at Claridge’s. Bon Voyage was then scripted by Arthur Calder-Marshall and Aventure Malgache was primarily the work of J.O.C. Orton. Claude Dauphin helped the writers with the french dialogue.

Sidney Bernstein had arranged that the Molière players (a theatrical company built with exiled French actors) perform in the film. He also used actual members of the French underground. None of these actors were individually credited in the film, as it would have been extremely unsafe for them. Hitchcock elaborated on this in one of his interviews of the period:

“I had to round up every available French actor in London, but there were not enough of them. Most of the players were members of the underground and fighting French who had never had any stage or screen experience. It was incredible to find myself working with men who, only a day before, had been in Paris.” —Alfred Hitchcock

Stages for the shorts were built at the Associated British Studios at Welwyn Garden City with very little money. Hitchcock and his cinematographer, Günther Krampf, began shooting the the two shorts in extremely quick succession on January20, 1944. 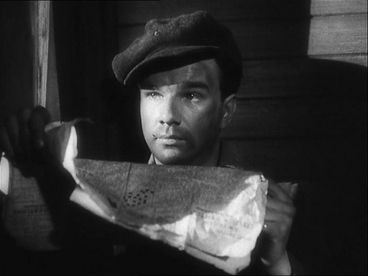 “The first short was Bon Voyage. It was a little story about an RAF man who is escorted out of France through the Resistance channels. His escort was a Polish officer. When he arrives in London, the RAF man is interrogated by an officer of the Free French Forces, who informs him that his Polish escort was really a Gestapo man. Upon that startling revelation, we go through the journey across France all over again, but this time we show all sorts of details that the young RAF man hadn’t noticed at first, various indications of the Pole’s complicity with the Gestapo detail. At the end of the story there was a twist showing how the Polish officer had been trapped. At the same time, the RAF man learned that the young French girl who’d helped them, and had spotted the Pole as a spy, had been killed by him.” —Alfred Hitchcock

What modern audiences might fail to notice, is the meticulous war-time detail given to the film. Several French Resistance members were brought in as consultants in order to make sure there were no errors in the production.

“The slightest error, they feared, might hold the picture up to ridicule… I couldn’t show a scene where cigarette butts are lying around. French audiences would simply laugh off such a preposterous sight. You must remember that where people are limited to four cigarettes a day, as they are in France now, there is no such thing as an unclaimed butt. People take a few puffs on a cigarette and stuff the but into a match box, taking it out later for another puff.” —Alfred Hitchcock

There were other such examples given as well.

“I showed a restaurant. Ordinarily, you would never think about the look of the table where a meal has been finished. But in representing a French restaurant of today, you do. There are no crusts of bread left on the table. If I permitted anything like that, it would simply mean to future French audiences that the people who made the picture didn’t know what they were doing.” —Alfred Hitchcock 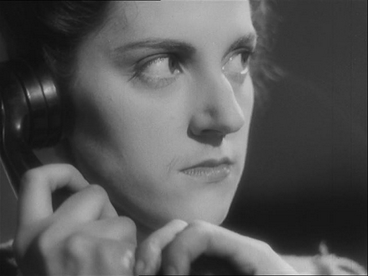 Bon Voyage has a structure somewhat like Akira Kurosawa’s Rashomon (and predates the film by several years). This is merely an observation and should not be interpreted as a suggestion that Kurosawa was influenced by the film in any way. As a matter of fact, there is almost no chance that he was even able to see the film. However, the story also brings to mind some of the more interesting Alfred Hitchcock Presents episodes and one wonders if the short provided a blueprint for the series.

The only certainty is that working on the short directly influenced Aventure Malgache.

“We used to work on the screenplay in my room at Claridge’s, and there was a whole group of French officers, including a certain Commander or Colonel Forestier, who never agreed with anything the others suggested. We realized that the Free French were very divided against one another, and these inner conflicts became the subject of the next film, Aventure Malgache. One of the men there was an actor and a lawyer whose Resistance name was Clarousse. He was in his late sixties, but he had lots of energy and he was always at odds with his Free French companions who finally threw him in jail, in Tananarive. It was a true story and Clarousse told it himself. But when it finished, there was some disagreement about it and I believe they decided not to release it.” —Alfred Hitchcock

Hitchcock’s recollection was quite accurate. The powers that be decided not to release the film. It was decided that a film showing the ineffectiveness of political squabbling didn’t make for effective propaganda during wartime. They simply weren’t interested in honesty or important sociopolitical messages. Hitchcock’s film illuminated issues that the MOI usually tried to suppress. 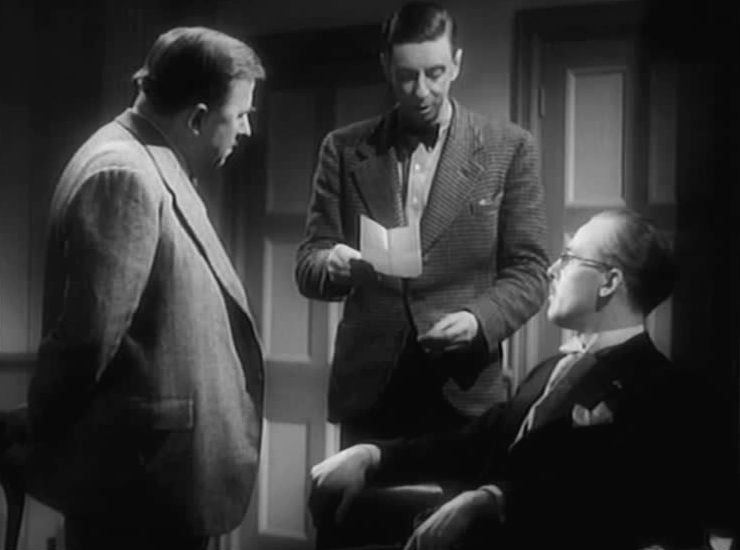 The film was locked away and was actually censored by those who financed the film, calling it “inflammatory.” Bon Voyage received an extremely limited release. It was distributed in France and Belgium for a very short time. The films were eventually locked away, and they remained unseen until 1993. Today, they are seen as an important part of Alfred Hitchcock’s canon.

The disc is contained in the standard DVD case with reasonably attractive cover art. On the back there is a brief history and a summary of both shorts.

The disc includes only chapter menus.

The film is only available on DVD in North America. The image is serviceable and probably a slight improvement on Image Entertainment’s disc, which is now out of print. It is slightly disappointing that the subtitles are hard coded, but this is forgivable under the circumstances. The quality is slightly better than what one might expect from some of the public domain houses, but might not live up to some of the more impressive DVD releases that modern audiences are accustomed to.

The disc features an adequate mono soundtrack. There is some very slight hiss, but the track is consistently clear and dialogue is always intelligible.

There are no special features available on this disc.

In short, Milestone Films deserves praise for making otherwise unattainable films available to the public. I recommend this disc to Hitchcock fans, but hope that these films eventually receive a quality Blu-ray release.